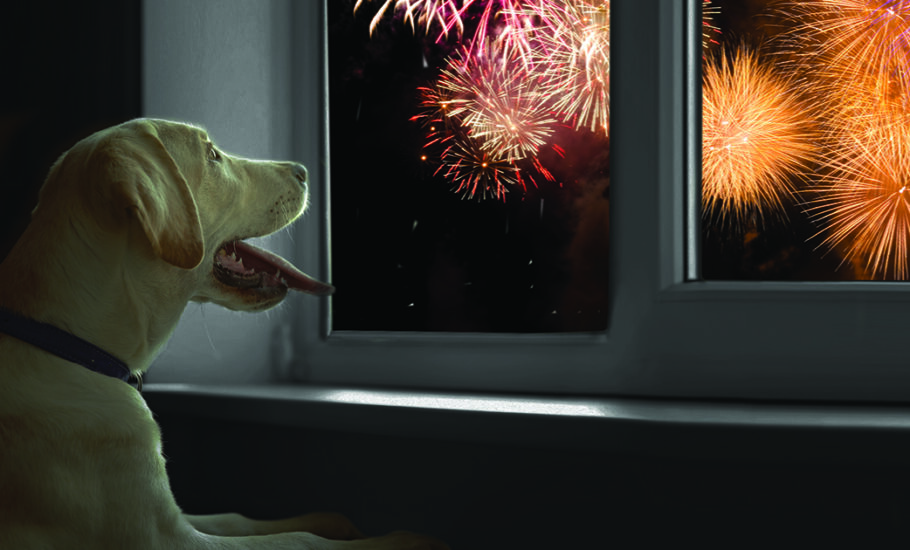 Dogs are lovers of routine, and are happiest when they are well within their comfort zone. Unfortunately, and often unpreventably, our human actions force these dogs into situations that make them feel nervous, stressed and uncomfortable.

This anxiety can sometimes manifest as a range of symptoms, from vocalisation, destruction and inappropriate toileting to hiding away, quivering and even aggression. This inappropriate response to a stimulus is called a ‘phobia’.

What can become a phobia is individual for each dog, but common triggers include loud noises such as fireworks or thunder, car travel, periods left alone and other dogs. Without help, dogs will not recover from a phobia by themselves.

In days gone by the vets would often help deal with these animals by giving sedatives such as ACP (acepromazine). As our knowledge of both medicine and behaviour improved, it was realised that sedating these scared dogs meant that, while they could not perform the unwanted behaviours, they were still experiencing all of the fear and were just unable to move to act on it. Clearly this had far reaching welfare implications, and the use of sedatives for management of behavioural problems has all but stopped.

Now the profession is focused much more heavily on using behavioural training to help accustom these dogs to their triggers, and lessen and ultimately remove the stress response. This takes time and effort, and should be done in conjunction with a certified behaviourist, but naturally results in a much happier dog, and of course a much happier owner.

While behavioural training is key to long term success managing phobias in dogs, using CALMEX in the short term alongside this process can help dogs accept the new stimulus, and cope with stress events in the meanwhile, helping make this behavioural transition as smooth as possible. 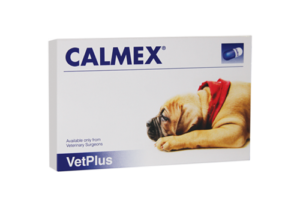 CALMEX has a unique blend of natural ingredients to help relax and soothe anxious dogs. CALMEX contains L-theanine, L-tryptophan, piper methysticum and B-vitamins, which all work together to promote safe, natural calming.

L-theanine is found in green tea, and gives it its well-known relaxing properties. This effect comes about by an increase in serotonin, the neurotransmitter associated with well-being and happiness. L-tryptophan is a precursor of serotonin and works with L-theanine to help boost this increase. This increase in serotonin is paired with a decrease in noradrenaline (the neurotransmitter associated with the stress response). The effect of L-theanine starts 30 minutes to an hour after ingestion, meaning CALMEX can get to work quickly.

Piper methysticum is a plant extract which has been used in medicinal teas in the Pacific isles for thousands of years, and works on several areas of the brain. This includes the amygdala, which is associated with learned fear and stress responses. Piper methysticum helps keep dopamine active between the nerves in the brain, which is key for switching off the stress response and increasing reward-motivated behaviour.

The final ingredients, the B-vitamins, are essential for neurone health, as well as critical for the production of serotonin and dopamine.

Looking at the ingredients in CALMEX is it easy to see how the synergistic combination of ingredients can help dogs feel more relaxed, more open to novel stimuli and less likely to react poorly to a phobic event.  Use for short term events such as bonfire night or a long car journey can reduce the anxiety associated with these events, and help both dogs and owners manage stress in the healthiest and happiest way possible.