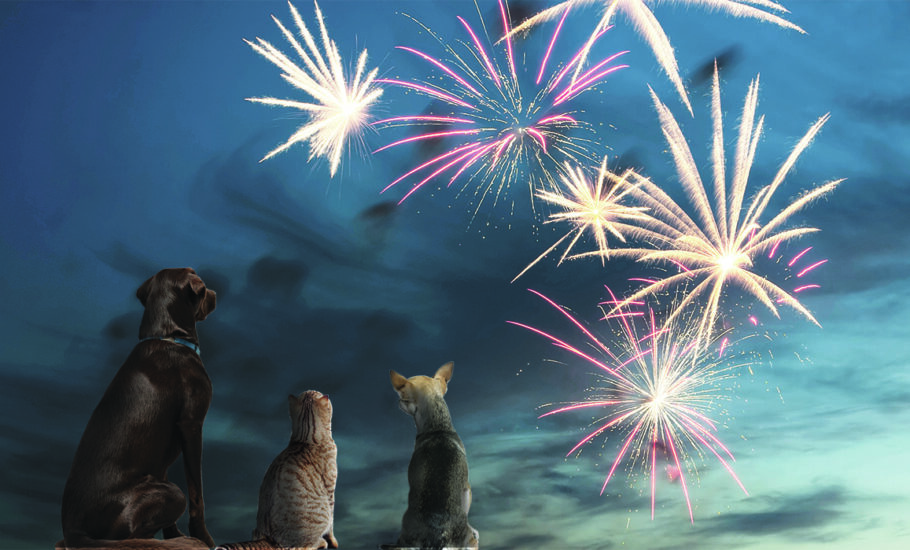 Holiday season is upon us, and with the celebrations comes something many dog owners dread – fireworks. Amongst the smiling faces, toffee apples, muddy wellington boots and woolly hats are frantic dogs; destroying furniture, cowering under beds and madly howling. In fact, it is estimated that over 45% of dogs experience some form of fear response to loud noises. 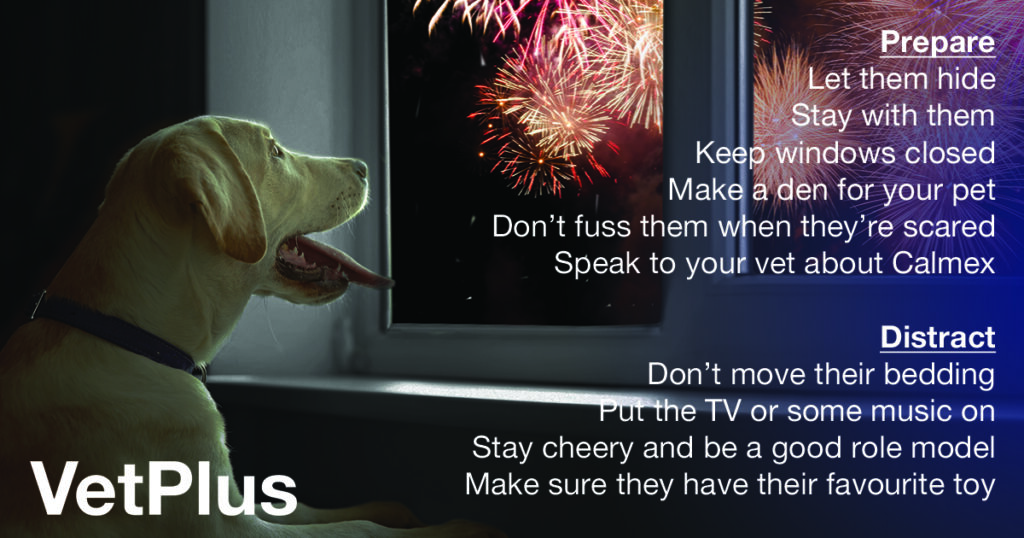 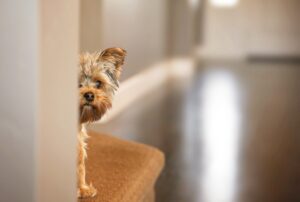 Why are these dogs so scared?

Dogs, unlike humans, cannot understand where the loud and unexpected noises are coming from. This alerts their nervous systems to a potential danger. In dogs without a noise aversion, when no immediate threat is detected the nervous system returns to normal. In dogs with a noise phobia, however, the stress response does not die down, and every subsequent noise increases the stress levels, until the response can resemble in some ways a panic attack in humans.

Why has my dog developed a noise phobia? 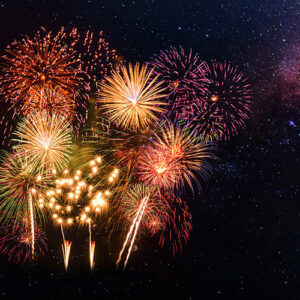 What can I do to prevent my dog from developing a noise phobia?

Prevention is better than cure. Although full prevention is not always possible, putting in mechanisms ahead of potentially stressful events will reduce the chances of phobias developing.

Slowly introducing concepts is key to preventing sensitisation to a stimulus. For sounds, such as fireworks, playing specially designed sound CDs (or just using firework sounds on the internet) at a very low volume is a good way to start to introduce bangs, whooshes and other unexplained noises to your dog. Engaging in a fun way with your dog whilst the sounds are playing is important for positive reinforcement, and over several weeks the volume of the sounds being played should be increased. If at any point your dog appears worried by the noises, turn the volume down again and restart the process more slowly. It is important to start this process several months before fireworks are due to start.

Make sure to treat your dog normally during any fireworks, thunderstorms, or other noisy events. This will reassure your dog that there is nothing to be frightened of. Providing a favourite toy or engaging in play can be a good positive distraction for your dog during these times.

Giving Calmex capsules over the firework seasons, especially bonfire night and New Year’s Eve, will help reduce any anxiety in your dog over this period. This is critical to helping prevent the development of phobias.

My dog already has a noise phobia – what can I do?

For the nearly half of dogs who are already afraid of fireworks or other loud noises, there are plenty of supportive measures you can put in place to help them. These come in two categories – what to do in the run up to firework season, and what to do on nights when fireworks are being set off. 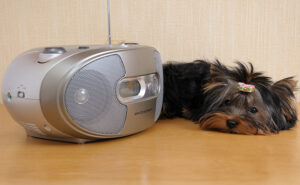 What to do in the run up to firework season

It is important to try and desensitise your dog to the scary stimulus – in this case, fireworks. This is managed in the same way as trying to prevent phobias in dogs. The specially designed sounds CDs or other firework noises can be played at very low volume and increased slowly over several months, alongside a positive stimulus. This should be done very slowly, and will take much longer in dogs who already have a phobia than in dogs that do not. It is important to note this should be started way before the Autumn starts to close in, otherwise this training will be too little too late. For dogs with severe phobias, we recommend to do any behavioural training with a trained behaviour specialist and in conjunction with Calmex. 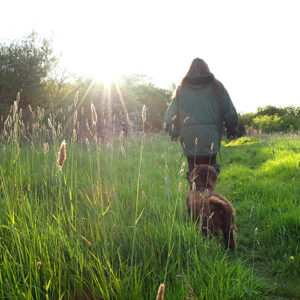 What to do in firework season

The nights growing longer can be enough to make noise phobic dogs grow anxious as they have learned that this is when fireworks start to happen. Starting Calmex several weeks before bonfire night can help reduce the rising anxiety many dogs feel as the seasons change.

In the run up to and over firework season, walking dogs in the day and then keeping them inside in the evening can help reduce exposure to close noises. Keeping windows and curtains closed and putting on the television will help muffle the sounds from outside, and playing normally with your dog can be a good distraction if they are happy to do so. Ignore the fireworks yourself, to prove they are not a cause for alarm, and if you know a dog who doesn’t suffer from a phobia having them over can help show your dog there is no need to be afraid. If your dog is not already on Calmex, giving a dose will help reduce anxiety on the night as the ingredients in Calmex get to work within 30 minutes.

If your dog is exhibiting strong noise phobic behaviours, make sure they have a safe-haven in the home where they can hide if they want to, and try and ignore any signs of fear. Fussing or punishing your pet when they are scared will only reinforce these behaviours. Make sure all doors and windows are closed in case your dog tries to escape outdoors and make sure they have had the chance to go outside to the toilet before the fireworks start. In acute situations Calmex can be given every 4 hours, with a maximum of two doses in 24 hours. On bonfire night doses at 5pm and 9pm allow for maximum levels of the active ingredients over the loudest times.
Once the firework season is over, many dog owners breathe a sigh of relief. Unfortunately, fireworks seem to be more plentiful and let off over a longer period of time every year, meaning this period of stress for noise phobic dogs can seem to go on forever. Getting behavioural support and preparing for firework season in conjunction with Calmex is key to management of these stressed out pups leading, hopefully, to less stressed out owners!

Consult your vet on how Calmex can help deal with the impact of fireworks in your house and keep everyone Completely Calmex.