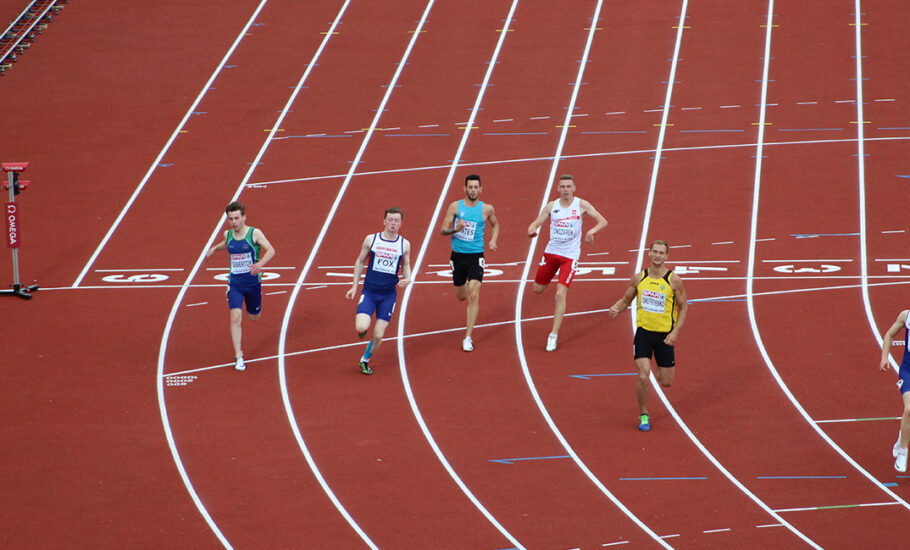 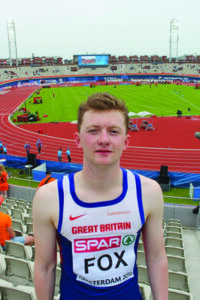 We’re now at the end of the season and athlete George Fox, who is sponsored by VetPlus, has had a remarkable season!

Lytham teenage runner George Fox was in outstanding form in the International Paralympics Athletics Challenge 100m final in Amsterdam, back in late July.

George ran the race of his career so far in front of a packed stadium of 20,000 people with cameras recording from over 30 countries across Europe and shown in the UK on Eurochannel. George competed in the 100m against top ranking athletes from Europe in his classification (T37) to finish a very decent 4th and in a personal best time of 12.61 seconds.

This display was good enough to put the 18 year old second in the British rankings and 12th in the world.

Fox suffered a brain haemorrhage aged eight and fought his way back from immobility, memory loss and visual impairment. He started his athletics career in 2013 and his ambition is to compete in the Paralympics in Tokyo 2020.

He said, “I love running because it has given me a purpose and direction in life. I am training really hard at the moment and hope to compete at the 2017 London World Championships, 2018 Commonwealth Games and 2020 Paralympics.”

Fox is sponsored by VetPlus.  David Haythornthwaite, chairman of VetPlus said, “George is a fantastic role model for the younger generation of Lytham and we are extremely proud to be able to support his amazing goal.  He’s achieved a remarkable amount so far and we look forward to being part of his successful future.”

We’re looking forward to seeing what Georges does next season and wish him luck in his university studies.