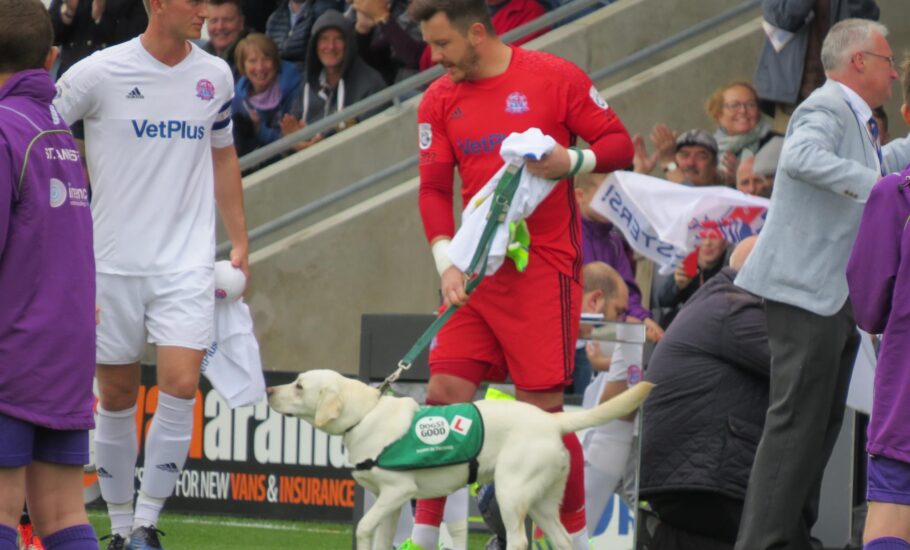 Now 10 months old, Steve & Charlotte, Milly’s socialisers tell us how she’s getting on. 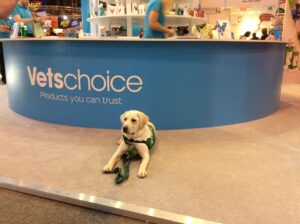 Milly has been keeping very busy. She has been to loads local events to help promote and raise funds for the Charity. She loves going to them and getting lots of treats and cuddles from everyone. Carrots are her favourite!

Part of her training was to visit the world famous Crufts Dog Show, where she took part in a Dogs For Good demonstration of what the puppies in socialisation get up to. She was the youngest puppy in the show ring at that time, and took it all in her stride and was very well behaved and did lots of smiling and looking cute for all the cameras.

She has continued to attend her monthly puppy class and is now, the oldest one in her group. The older ones have moved onto ‘big school’ but now she has lots of new younger friends. Sometimes, she gets a little distracted and wants to play with the other puppies, but on the whole, she is doing very well. She has mastered her sit, stay, down, settle, up sit and wait. Her lead work is amazing now too. She has decided she wants to retrieve things now and will go and get her toys and cushions and bring them to us when asked. Milly was a very special guest at AFC Fylde at their last match of the season where she had the honour of leading out The Champions. She certainly has been their lucky mascot as they never lost a match that she went to. Lots of people now when they see her out and about, recognise her. She also was awarded Non-league Football Dog of the Season for 2016/17 which was a lovely surprise.

All of the DFG puppies take part in working towards their Puppy Foundation Award. Hopefully, Milly will complete hers in the next week or so, as she only has one element left to pass. Talking of passing exams, Milly was reunited with her buddy Nita, our first DFG puppy who has completed her training at ‘big school’ and is now working with her client. Milly watched as Nita showed us how she can open and close doors, put lights on and off, pick things up off the floor and get people undressed. Milly took it all in, ready for when it’s her turn.

Milly has recently learnt to swim and likes nothing more than swimming in the river and sea. She even dives into the deep water and shows off her doggy paddle. She still loves chasing balls and her favourite toy at the moment is a log shaped squeaker, which she carries around in her mouth very gently and then puts it on the floor and paws it to make it squeak.

She has grown up a lot in the past few weeks, which also coincided with her first season. She’s calmed down and become quite a young lady. Occasionally she lapses back into puppy mode, but why not, she’s only 10 months old.

Milly has been doing a lot of travelling recently and yesterday went on the train twice. She was very well behaved both in a confined space (sat between two rows of seats), but also on the platform, waiting for it to arrive.  View the photos below.

Next time, Milly will tell you all about her summer holidays!  Make sure you follow us on Facebook and Twitter, as well signing up to our site for updates on Milly and more.

Milly is our sponsored puppy with Dogs For Good, view her previous updates here. 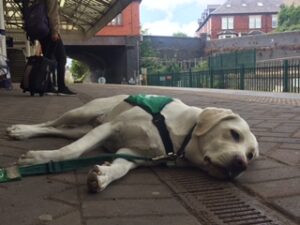 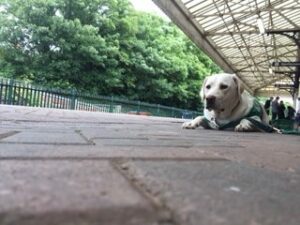 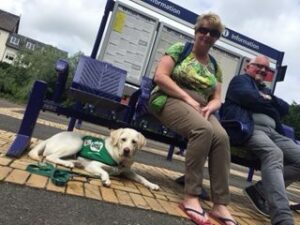 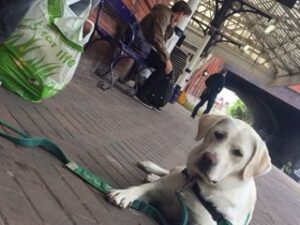 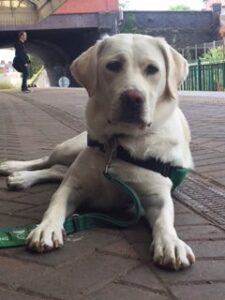 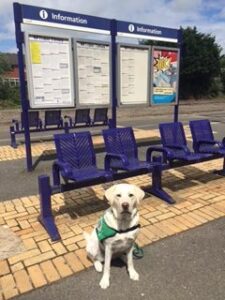 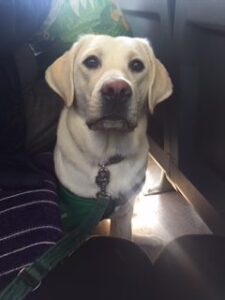 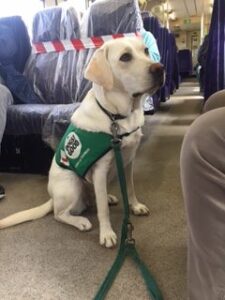 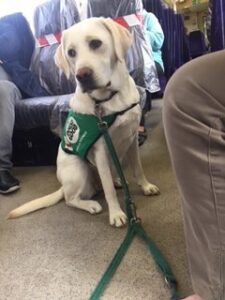 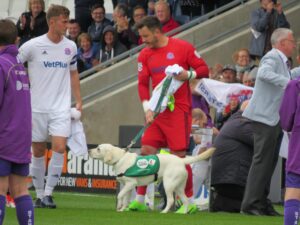 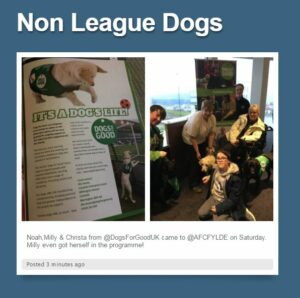